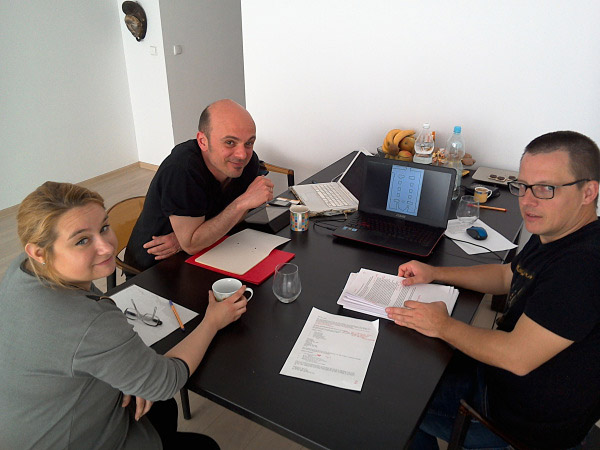 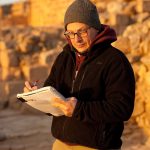 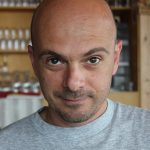 Qasr el Wizz is a monastic site in Lower Nubia, which has been privileged to acquire renown outside the confines of Nubiology from quite early in the discipline’s history. This privilege is primarily due to some exceptional textual finds produced by excavations at the site conducted in the 1960s by the Oriental Institute of Chicago Nubian Expedition.

In the volume edited by Obłuski, contains rich unpublished textual corpus from Qasr el Wizz which is surprising, sensational and enriching for our knowledge of both religious literatures of medieval Nubia and Christian literacy in Coptic Egypt. For example, texts of homiletic character confirm the preference of Nubians for specific works and authors; texts of hagiographic content open new paths of understanding the synaxaristic traditions prevailing gradually in Nubia; and texts of apocryphal character allow for insights into aspects of personal piety and cult praxis among Christians in medieval Nubia.

The manuscripts unearthed at the site are in their overwhelming majority in Coptic, with only a couple of texts written in either Greek or Old Nubian, the other languages used in the multilingual society of Christian Nubia. In fact, Coptic is the main language used in the other types of textual evidence from Qasr el Wizz too, like epitaphs and ostraka, but also wall inscriptions, a category, which is otherwise dominated by Greek and Old Nubian. This linguistic preference can be explained by seeing the monastery at Qasr el Wizz as part of a spiritual oecumene encompassing Lower Nubia and Upper Egypt, as suggested already in other publications by both the present author and other scholars. A previously unknown work mentioning Apa Shenoute of the White Monastery was identified among the unpublished manuscripts from Qasr el Wizz and exemplified these suggestions, making Shenoute’s emblematic figure the pivotal point for this religious reality of the early Middle Ages in these stretches of the Nile Valley.

Our research threw more light into the site and the region. The reading of a damaged and only partially preserved funerary stela identified the dedication of the monastery to Apa Dios, possibly the same saint as the one venerated in Egypt; and the unfolding of a parchment sheet at the Coptic Museum in Cairo allowed the reading of a document of financial character, where the properties belonging to our monastery were listed. More details of the economic activities taking place at the monastery were identified through the texts, as for example by a short inscription written on what has been suggested as a weaving-sword, or by the finding of inscribed amphora-fragments.

The present author has received two grants (by the Institute for Comparative Studies of Cultures, Norway) to travel to the localities were the textual finds from Qasr el Wizz are kept. The first one was used to visit Chicago in September 2011 and the second one to visit in 2013 Cairo and Aswan, where the study of the documentation regarding the material that was left in Egypt after the completion of the fieldwork by OINE was completed. 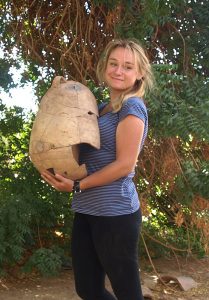 Research on the pottery, clay and glass objects from the Qasr el-Wizz monastery

Studies undertaken on the collection of almost 3,000 pottery sherds and small finds from the Qasr el-Wizz monastery, stored in the Oriental Institute Museum, University of Chicago, brought to light information about chronology, pottery sets used in the monastery, and the monastery’s contacts with the ‘outside world’. The wide chronological frames span a time from the 4th to the 13th century AD.

All the studied objects were put into an exhaustive catalog, organized by their findspots (units of the monastery complex). The analysis of the pottery included a description of macro-morphology, fabrics, and decoration. A new typology for the vessels was proposed, as their state of preservation (small fragments, sherds, infrequent incomplete or complete forms) did not allow to use W.Y. Adams’ forms. The second step was to create a classification of the fabrics with a clear division between vessels made locally (Nubian origins) and imported ones. The latter was composed of items identified as pottery produced in Egypt (Lower, Middle, and Upper Egypt), Arwa (the southernmost medieval Nubian kingdom), and the Eastern Mediterranean (Cilicia/Antiochia and Cyprus). The bulk of finds boasted a richly painted, fine decoration with geometric, vegetal, and zoomorphic patterns. Tableware constituted the main part of the collection and marked the foundation of the monastery (6th/7th-8th century AD) and its decline (12th-beginning of 13th century AD). Moreover, this research revealed finds of an earlier date, preceding the Christian occupation of the site – Meroitic and Nobadian pottery.

Other objects collected from Qasr el-Wizz are represented by ceramic window grills, stamps, lamps, and glass. The latter was most probably manufactured in neighboring Egypt. Mud stoppers represent an interesting category of finds: sealings of transport containers. Together with fragments of amphorae, they can shed some light on the monastery’s connections with the ‘outside world’.