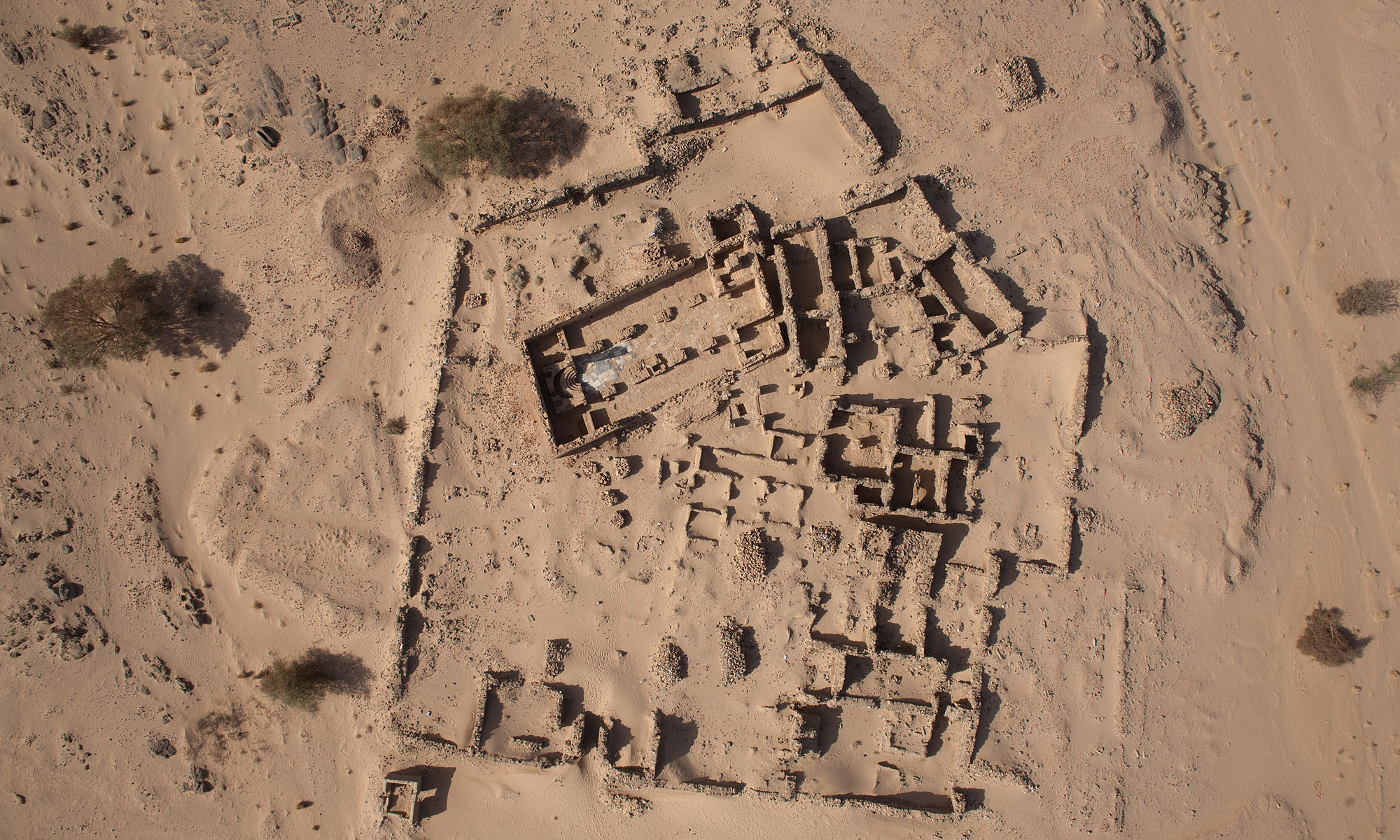 One of the most intriguing and most captivating archaeological sites in Sudan is, surprisingly, not situated at the banks of the life-giving Nile. Instead, it is located in Wadi Abu Dom, at a distance of about 15 km from the river bank. When using modern technology we look down from the Earth’s orbit at this area, the beige snake of the wadi basks in the sun between the volcanic rocks of this part of the Bayuda desert. Yet, when we travel there, this snake glitters with the silver and golden flakes of mica. During the windy weather, even the visitors seem to be touched by the golden touch of Midas. This is the place where the Makurians built a monastery of the size of St. Catherine monastery in the Sinai. The place once visited by all of the famous travelers of the nineteenth and early twentieth century, like Richard Lepsius, Louis Maurice Adolphe Linant de Bellefonds, John Gardner Wilkinson, Pierre Trêmaux, or Ugo Monneret de Villard.

The Ghazali monastery is a site of the utmost importance not only for the studies on the history of Sudan, especially in the Makurian period but also for local economy as one of the best tourist destinations in the country. Peter Shinnie, Neville Chittick, and Sayed Nigm ed-Din Sherif, on behalf of the National Corporation for Antiquities and Museums (then known as the Sudan Antiquities Service), started the excavation of the site in the 1950s. In two archaeological seasons, they cleared the church, refectories, and several other rooms. 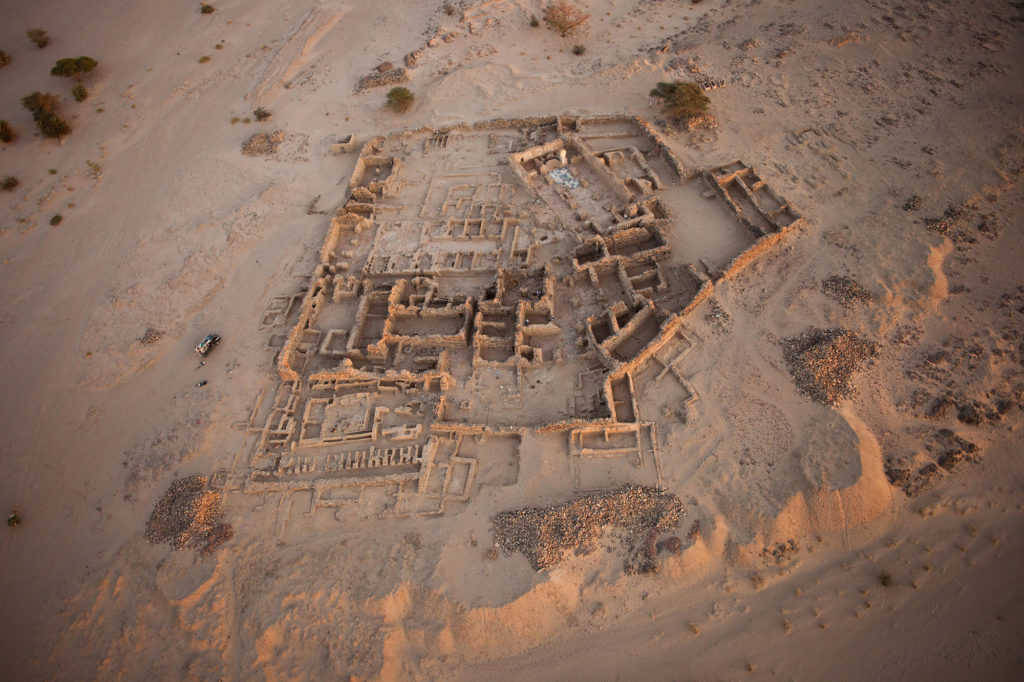 The very recent excavations resulted in the discovery of the second church and a complex of sanitary rooms, the latter a feature never hitherto found in Nubia, suggesting either the presence there of a big monastic community or the monastery’s role as a pilgrimage center. After two seasons of excavations, Ghazali became the source of the second-largest known collection of epigraphic material in Sudan. The preserved plastering in the main church was under professional restoration treatment thanks to the cooperation with the University of Münster and the generosity of prof. Angelika Lohwasser and the Qatar-Sudan Archaeological Project.

In 2011 the NCAM expressed its interest in the implementation of a project aimed at the full excavation and publication of the site, and its preparation for the increasing volume of tourist traffic.

In 2012, the Polish Centre of Archaeology of the University of Warsaw (PCMA UW) and the NCAM decided to carry out this project in cooperation, thus implementing the  Ghazali Archaeological Site Presentation project (G.A.S.P). The area of the project comprises the medieval monastery, the neighboring settlement, as well as the surrounding cemeteries and iron production sites.

In 2014 I received a grant from the Qatar-Sudan Archaeological Project which in four years will turn the unexcavated site into a tourist-friendly monastery, worth a visit, and a moment of contemplation.