Grzegorz Ochała is an assistant professor in the Department of Papyrology, Institute of Archaeology, University of Warsaw. His specialization is literary culture, sensu largo, of Chrstian Nubia. In his work he deals with all kinds of written sources composed in Greek, Coptic, and Old Nubian. 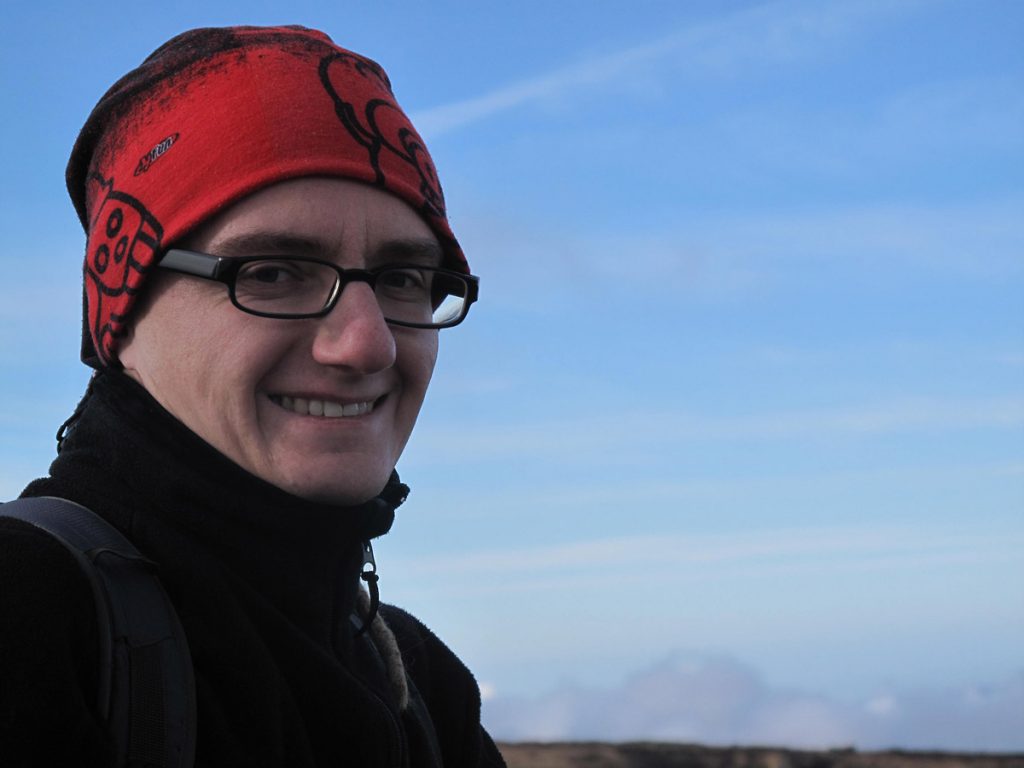 His fieldwork experience includes the excavations in the monastery of Naqlun (Fayum, Egypt), and in Dongola (Sudan). Since 2013 he has been working as the epigraphist of the Polish mission at Ghazali (Sudan). In 2011 he established an on-line database collecting all instances of Nubian literacy (Database of Medieval Nubian Texts, available at www.dbmnt.uw.edu.pl), which has become a highly useful tool for studying Chrisitian Nubia. Since 2015 he has been working on Chrisitian Nubian naming practices within the framework of the project ‘What’s in a name?’ A study on the onomastics of Christian Nubia, funded by the National Science Centre of the Republic of Poland. He is also a member of two international research teams:
The project A cross-section in time: The church of the Holy Virgin in Deir al-Surian – an integrated analysis of the building, its paintings and inscriptions, funded by the National Science Centre of the Republic of Poland and directed by Dobrochna Zielińska (University of Warsaw) and Karel Innemée (University of Amsterdam). He is responsible for Greek and Coptic wall inscriptions discovered in the church.
The project Edfou: recherche sur les archives de Papas, subsided by LabexResmed and Institut français d’archéologie orientale and directed by Anne Boud’hors (CNRS) and Alain Delattre (Université Libre de Bruxelles. This is a collective work to publish Coptic papyri discovered during French excavations in Edfu in 1920s.

Roles in the projects carried out together with Artur:
Ghazali: epigraphist of the mission
Grant ‘Nubian monasticism. The role of religious institutions on the periphery of the Byzantine world’: co-investigator responsible for collecting and analysing Nubian written sources connected with monasticism

The epigraphic work at Ghazali concentraes on three main categories of finds: wall inscriptions (graffiti), funerary stelae, and inscriptions on pottery.
First, the inventory of wall inscriptions and drawings preserved on the walls of the northern church was created and photgraphic documentation thereof was made during the 2013 and 2015 seasons. The inscriptions have been preserved only on the outer walls of the church, as the interior is almost entirely devoid of plaster. The most numerous are the inscriptions on the western and southern walls of the church. Unfortunately, most of the inscriptions are hardly legible due to the deterioration of plaster and later scratches obscuring original texts. Therefore, they are all too often impossible to decipher but for single letters and, occasionally, words. As for the content of the graffiti, one can distinguis several examples of the so-called visitor’s inscription, left by pilgrims or other persons visiting a place of veneration. Among them a Greek text written by a certain Jacob, a deacon and son of King Basil deserves to be mentioned. Another group are graffiti consisting of various holy names, such as Jesus Christ, Mary, Archangels Gabriel, Michael, and Ourouel, or Saint Onnophrios. They were probably invocations expressing private piety of those who left them. There are also several graffiti containing prayers. One of them is the Lamb of God prayer in Greek and another is the beginning of the Hail Mary prayer.
Second, the work on funerary stelae from Ghazali has been carried out since the first campaign in 2012, when three specimens were discovered. Since then each season of excavation has brought new findings in this category which have substantially increased the already existing corpus of funerary stelae from this site: the 135 epitaphs known before 2012 have been supplemented by 91 pieces discovered by the Polish team. Regrettably, most of the tombstones are in a bad state of preservation, with only several letters or words visible. However, some of the pieces are large enough to preserve the names of the deceased, monks for the most part: Ioannes, Theodoros, Psate, Zacharias, Philotheos, and Marianos. Among the epitaphs dicovered since 2012, 58 are in Coptic, 16 in Greek, and for 17 the language cannot be determined. A special mention should be made about 18 tombstones that were found in 2016 in situ during the work on cemetery 2, immediately to the south of the monastery. All of them were still mounted in the superstructures of the tombs, in their western shorter side. Most of them have been preserved only in their bottom part, with 3–4 lowermost lines of the text. In a few instances, however, also the middle or even upper parts have survived which has allowed the reading of the names of the deceased: Merkourios, Andreas, and Georgios.
Third, the inscriptions on pottery were for the first time recorded, in a relatively small number during the 2013 season. The subsequent campaigns, however, have shown that this is indeed the most abundant category of epigraphic sources. So far, around 1,100 pieces of inscribed vessels have been identified, which add to some 130 examples known before the Polish excavations. This makes it the most abundant collection of this kind ever discovered in the whole Nile Valley. The material is very hard to study not only because of its fragmentariness but also due to the fact that very few analogous studies have so far been carried out. Of course, single pieces are hardly of any interest and significance, but taken en masse the material may reveal precious information about the life of the community. Moreover, thanks to the abundance of the material and a repetitive character of inscriptions it is not infrequently possible to reconstruct even very fragmentary texts on the basis of some characteristic elements. The material needs a careful study but some general information can already be presented. The inscriptions are executed in one of three techniques: scratched after firing, painted, and incised before firing. While the first technique is attested on all kinds of vessels (table ware and utility ware), the next two occur only on utility ware. As for the contents of these texts, several categories can be distinguished: so-called owner’s inscriptions, identifying the actual users of the vessels, invocations of various divine beings or saints, and religious acclamations. Additionally, some inscriptions on utility ware (amphorae and bottles), especially those painted and incised before firing, may have served as addresses designating receivers of commodities transported in those vessels.

2013 Seizième Journée d’études coptes, Geneva (paper ‘La rédecouverte d’un monastère nubien: premiers résultats des fouilles polonaises à Wadi el-Ghazali’, with Artur Obłuski)
2015 Day of the Kingdom of Makuria, Warsaw (paper ‘Monks, pots, and letters. What was written on pottery in Ghazali and for what purpose’, in Polish)
2016 23rd National Nubiological Conference, Gdańsk (paper ‘Monks, archangels, and a king’s son: Epigraphic research in the monastery of Ghazali in the years 2012–2016’, in Polish)
2016 Invited lecture at the Polish Centre of Mediterranean Archaeology, Research Centre in Cairo (‘Monks, Archangels, and a king’s son: Recent epigraphic work at the monastery of Ghazali [Sudan])

Popularisation of research at Ghazali:

6.02.2017 video interview for the Otoko Club internet portal about excavations and epigraphic research at Ghazali (http://otokoclub.pl/video_,116,wywiad-z-dr-grzegorzem-ochala-o-odkryciach-archeologicznych-w-sudanie.html, in Polish)
27.05.2014 radio interview on archaeological and epigraphical works in the monastery of Ghazali (Radio TokFM)